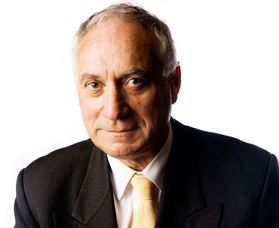 Mr Eames practised as a barrister in Victoria, South Australia and the Northern Territory of Australia from 1969 to 1992, either as an independent barrister or as an employee of Aboriginal and/or legal aid organisations.

Justice Eames was appointed Chief Justice of the Republic of Nauru in December 2010, a part time position which he held until his resignation in March 2014 following the cancellation of his visa by the Nauru Government, a decision taken in defiance of the rule of law.

From the early 1970s Mr Eames has had a close association with the Australian indigenous community, having frequently represented Aboriginal people in their struggle for land rights and civil rights. In 1985-1986 he was senior counsel representing Aboriginal interests in the Royal Commission into British Nuclear Tests in Australia and in 1987 to 1991 he was Senior Counsel Assisting the Royal Commission into Aboriginal Deaths in Custody.

In 2003 Justice Eames was awarded the Indigenous Community Justice Award; in 2006 the Indigenous Law Students and Lawyers’ Association Award; in 2007 the Distinguished Pro Bono Service Award, from Victorian Law Foundation and in 2007 was also appointed a life member of the Australia Institute of Judicial Administration.  In 2014 he was awarded the President’s Medal from the Law Council of Australia.

In 2009 Mr Eames was made a member of the Order of Australia for services to the law and judiciary, particularly as advocate for the advancement of Indigenous Australians in the legal profession.