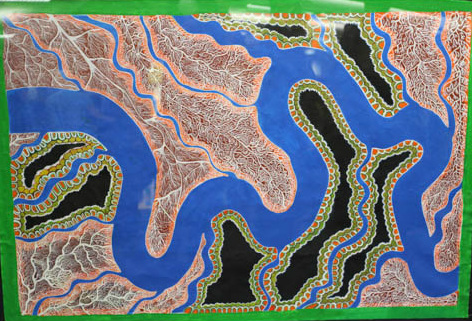 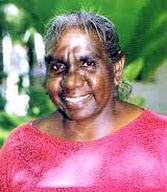 Unfortunately, Miriam-Rose was unable to attend this event as advertised.

Miriam-Rose Ungunmerr-Baumann, a member of the Ngan’giwumirri language group is a gifted artist with degrees in art and education.  In 1998 Miriam-Rose was made a member of the Order of Australia. The award recognised her contribution as a community leader, especially to Aboriginal education and art.

In 2002 she received an honorary doctorate from the Charles Darwin University. From 1993 to 2007 she was principal  of St Francis Xavier School in Daly River. She has been invited as a keynote speaker at a number of conferences around Australia on Aboriginal art, education and spirituality including Hobart (1988) Melbourne (1997, 2008), Queensland (2009).

In 2011 she spent a week as an Artist in Residence at St Bernard's College.