TOBY HALLIGAN   ​
Captain for the Negative! 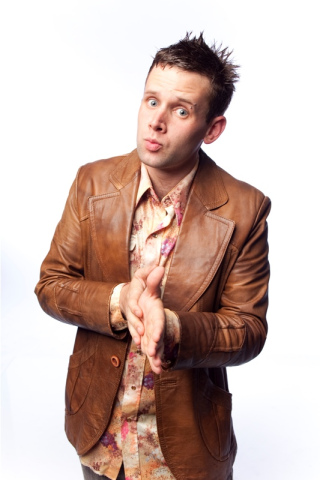 ​
​Toby Halligan is one of Australia’s most exciting young comedians and improvisers.

His debut solo show was nominated for Best Newcomer at the 2011 Melbourne Comedy Festival, and he returned in 2012 for a successful season of his latest show, Dr Toby Halligan is not a Doctor.

A NSW Raw Comedy semi-finalist, and winner of the Worlds Debating Comedy Award in 2003, he’s performed at the Midsumma Festival, LOL Comedy at Melbourne Fringe, on Gay News Week, and has also appeared on Strictly Speaking, a public speaking reality TV show on the ABC. He appeared in the 2010 Melbourne International Comedy Festival as part of the political showcase The First Three Up Against The Wall, and opened for Mathew Kenneally at the 2009 Festival. Toby has performed improvised theatre shows around Australia and is co-author of the popular Diary Leaks website. His writing has appeared on The Punch, in mX, and at BigPond News.

Toby's chosen charity is Against Malaria
Powered by