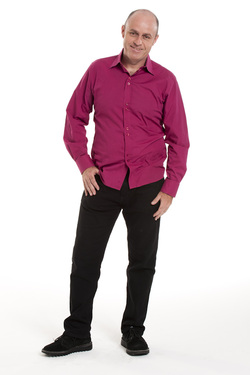 Francis Leach (born 1968) ex St Bernards student and dux of his year in 1985 is  an Australian radio announcer. He began his career at Triple J in the early 1990s hosting the Three Hours of Power show, the weekly late night heavy metal show. Later on he transferred to Creatures of the Spotlight, the Sunday night arts show.

In 2000 he made the switch to The Morning Show, Triple J's daily three-hour talkback and current affairs show. He remained in the role until 2002. During the later part of his Triple J career, he also hosted a Saturday morning sports show at fellow ABC Melbourne station 774 ABC. In 2003 he hosted an arts and music program on Radio National. In 2004 his career included stints at  SEN 1116,  in Melbourne and Vega FM  in Sydney.

In 2012, Leach has returned to ABC Radio and joined the ABC Grandstand team, hosting a breakfast show on digital radio.