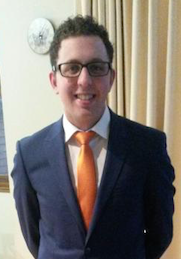 Graduating in 2013 with Bachelor of Science (Mathematics) Paul began working for General Motors Holden but returned to University in 2014 to complete a Graduate Diploma in Teaching - realizing his passion regarding working with young people.

​Paul is currently a Teacher at St Bernard’s College and sits on the SBOBC Committee as both the School Liaison and the Director of Coaching. His efforts over the past 4 years have secured a sizable donation to Brother Beausang Catholic Education Centre at the end of 2016.