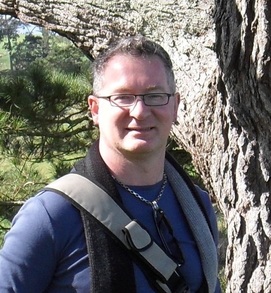 Scott Holmes has been working as a primary prevention practitioner for the last four and a half years, currently implementing a capacity building project with the YMCAs of Australia. This project draws on the learning of a three and a half year project Scott coordinated throughout YMCA Victoria from 2012 to June this year. Prior to this Scott implemented the final year of the Northern Interfaith Respectful Relationships project which worked with faith communities in the northern suburbs of Melbourne. This project gave birth to a prevention program within the Anglican Diocese of Melbourne and Scott sits on the reference group for this program. He is also a facilitator and trainer for the Baby Makes 3 program, running programs based out of Hobson’s Bay Council, a trainer for the VicHealth preventing violence against women course, and an accredited Mentors in Violence Prevention facilitator. With Michael Flood he is the co-author of a 2013 White Ribbon Research Paper on gender equality in the workplace.

Scott is passionate about the role of community development and education in addressing the social norms that are implicated in men’s violence against women. In particular he is fascinated by the different ways that masculinity is policed in our society and the challenges in encouraging men to adopt less violent and controlling ways of performing their gender.

Scott’s earlier careers were in librarianship and as an Anglican parish priest, working in parishes on the Mornington Peninsula and in Melbourne. He is still an ordained priest and has regular involvement with the interfaith sector, particularly around the issue of preventing men’s violence.

Scott is married to Cheryl Holmes OAM and they have three adult sons, one granddaughter, two dogs and a cat. In his spare time he reads, plays the piano and makes nanoblock models.