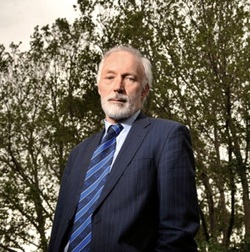 Professor Patrick McGorry is the Executive Director of Orygen, Professor of Youth Mental Health at The University of Melbourne, and a Director of the Board of the National Youth Mental Health Foundation (headspace). He is a world-leading researcher in the area of early psychosis and youth mental health, and has a strong interest in promoting the mental health of the homeless, refugees and asylum seekers.

His work has played a critical role in the development of safe, effective treatments and innovative research into the needs of young people with emerging mental disorders, notably psychotic and severe mood disorders. He has also played a major part in the transformational reform of mental health services to better serve the needs of vulnerable young people.


Professor McGorry was a key architect of the headspace model and has been successful in advocating with colleagues for its national expansion. He has successfully advocated for the establishment of a national early psychosis programme based on the Early Psychosis Prevention and Intervention Centre model. He is frequently asked to advise on youth mental health policy both nationally and internationally.

Professor McGorry has published over 400 peer-reviewed papers and reviews, over 50 book chapters, and has edited 6 books. He is a Fellow of the Academy of the Social Sciences in Australia and has been the recipient of numerous awards, including the Australian Government Centenary Medal in 2003, the Founders’ Medal of the Australian Society for Psychiatric Research in 2001 and he was the 2010 Australian of the Year. Prof McGorry serves as Editor-in-Chief of Early Intervention in Psychiatry and is a founding board member of the Australian National Youth Mental Health Foundation: headspace, of Headstrong; the National Youth Mental Health Foundation of Ireland, and past-president and treasurer of the International Early Psychosis Association. He has been a member of the National Advisory Group on Mental Health Reform for the Federal Government and of the Victorian Mental Health Reform Council.

·         The role of general practitioners in early intervention

·         Why state governments must co-invest with the Federal Government